Day 1: Give Andrew's Hair Away!

Okay, so the giving begins, and it starts at home ... and maybe that's where it will end, too. This piece of giving isn't just up to me, but is up to my friends, family, fans ... and even people I don't even know yet!

My plan is to complete the 40 Days of Giving by cutting my hair for Locks of Love, which uses the hair to create wigs for disadvantaged children suffering from medical hair loss. For those who don't know me personally, it may not be clear what a significant thing this is. I've been growing my hair, with only minor trims to remove split ends, for over a decade. Consider the following pictures, which clearly show the hair in question: 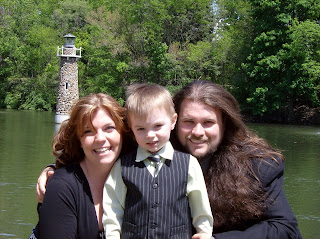 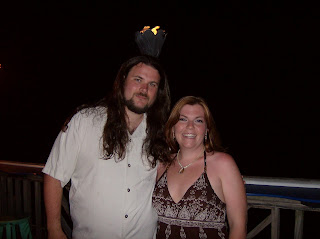 Honeymoon in Daytona Beach, May 2008
And no, I am not wearing a flaming fez. That's a torch on the pier behind us. 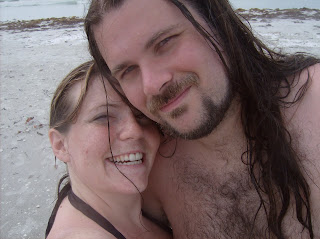 Summer 2009 - Florida again, this time at Sanibel Island
But not so fast ... this bit of giving has a catch, and you can help! I will sacrifice my treasured hair to Locks of Love ... if I successfully raise $10,000 for Heifer International by midnight on March 28!
So give generously, and pass the word along to your friends ... or even your enemies, for that matter! Heifer International is a worthwhile charity which not only provides the means for impoverished families around the world to sustain themselves (you even get to choose which animals you're donating), but also has a great program where your acts of philanthropy pay it forward into the future by passing on the gift.
In fact, I don't just want you to give (although I want you to do that, too!). You can also join my 40 Days of Giving team, which means that you can begin soliciting your own donations that will count toward the $10,000 team goal. I will give a gift of some kind (to be determined) to everyone who is able to raise at least $500!


So let me know, either by commenting here or on Facebook, what you think of this plan!  Can you help join the crusade? Will you offer up your hair, as well?


I'm also taking suggestions on giving without any money. I've got a great plan for Day 2, but after that I've still got to fill the time until February 26 (when I get my next paycheck, which I will then proceed to give away) ... that's 7 days of giving in which I'll have no income to give!
Posted by azjauthor at 3:17 AM